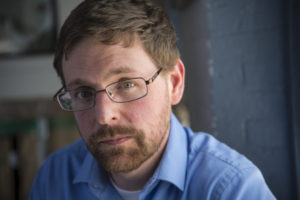 A life-long teacher of English and writing, Benjamin Ludwig lives in New Hampshire with his family. He holds an MAT in English Education and an MFA in Writing. Shortly after he and his wife married they became foster parents and adopted a teenager with autism. Ginny Moon is his first novel, which was inspired in part by his conversations with other parents at Special Olympics basketball practices.