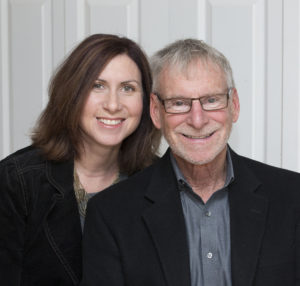 Bruce Chudacoff was born and raised in Appleton and practiced law here for over 45 years. He is currently retired and resides in Glenview, Illinois, and Palm Island, Florida, with his wife, Nancy, of almost 50 years. They have three children and six grandchildren. Bruce has degrees from the University of Michigan and Harvard Law School. He served in the U.S. Army in Vietnam and is a Distinguished Eagle Scout. Bruce is the chairman of the National Jewish Committee on Scouting of the Boy Scouts of America, president of Temple Beth El of North Port, Florida and a member of the ritual committee on Congregation Beth Shalom in Northbrook, Illinois. Bruce served on numerous civic committees during his residence in Appleton and was designated the Bernie Perlman Co-Businessman of the Year. He continues to own commercial and residential property in downtown Appleton.
Bruce and his daughter Tanya Solomon wrote their first book, The Key to the Map, as a project to “keep the two of them out of trouble” with their spouses. The experience led to their second book, The Pirate Skeleton, which is due to be published shortly, and a third book, with the working title, Excalibur Returns.