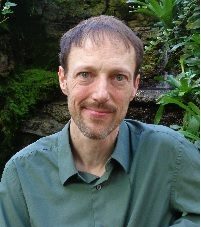 Douglas Haynes grew up in Iowa and Illinois and earned an MFA in creative writing from Southern Illinois University Carbondale. He also studied languages and literature in Germany, Ireland, Guatemala, and Mexico and has worked as a freelance writer. After years of world wandering, he returned to the Upper Midwest, where he is an associate professor of English at the University of Wisconsin Oshkosh.

Haynes’s essays, poems, journalism, and translations have appeared in Orion, Virginia Quarterly Review, Longreads, Huffington Post and dozens of other publications in the US, Canada, and Europe. His first book, Every Day We Live Is the Future, is based on following two Nicaraguan migrant families over five years. His poetry chapbook Last Word is forthcoming in late 2017. He lives with his wife and daughter in Madison, Wisconsin.