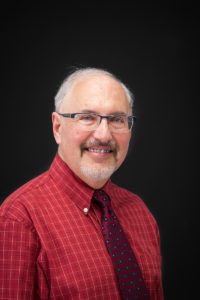 Jerald Podair is professor of history and the Robert S. French Professor of American Studies at Lawrence University, where he has taught since 1998.

He is a native New Yorker and former practicing attorney, who received his undergraduate degree from New York University, a law degree from Columbia University, and a Ph.D. in history from Princeton University.

He is the author of The Strike That Changed New York: Blacks, Whites, and the Ocean Hill Brownsville Crisis and Bayard Rustin: American Dreamer and co-author of American Conversations: From the Centennial through the Millennium. He also co-edits The Routledge History of the 20th Century United States.

He is presently co-writing ‘The People’s Party’: Spiro Agnew and the Birth of the New GOP for the University of Virginia Press.

He received the Society of American Historians’ Allan Nevins Prize for “literary distinction in the writing of history” and Lawrence University’s Award for Excellence in Scholarship. He is also a Fellow of the New York Academy of History.

His most recent book is City of Dreams: Dodger Stadium and the Birth of Modern Los Angeles, published this year by Princeton University Press.