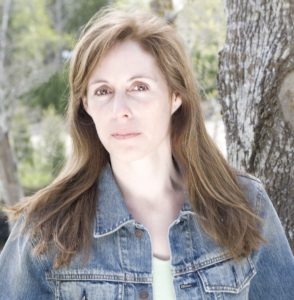 Laurie Halse Anderson is the New York Times-bestselling author who writes for kids of all ages. Known for tackling tough subjects with humor and sensitivity, her work has earned numerous ALA and state awards. Two of her books, Speak and Chains, were National Book Award finalists. She is also the author of Forge, Wintergirls, Twisted, Prom, and many other titles.

On July 11, 2009, the Young Adult Library Services Association presented Laurie with the 2009 Margaret A. Edwards Award for Catalyst, Fever 1793, and Speak. In doing so, YALSA “recognizes an iconic and classic storyteller who in her character development has created for teens a body of work that continues to be widely read and cherished by a diverse audience.” In 2008, Laurie received the ALAN Award from the high school English teachers of America for her “outstanding contributions to the field of adolescent literature.” The American Association of School Librarians (AASL), a division of the American Library Association (ALA) chose Laurie to be their School Library Month spokesperson for April of 2010.

Since her groundbreaking novel Speak was published in 1999, Laurie has spoken in front of hundreds of thousands of teens, college students, and adults. She is often asked to discuss the challenges of speaking to teens and pre-teens about challenging topics such as sexual assault and eating disorders, and censorship.