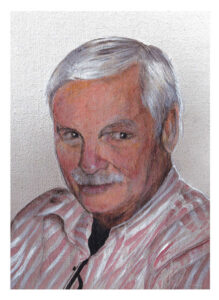 Scholar and activist R. Richard Wagner was the first openly gay member of the Dane County Board of Supervisors, where he served for fourteen years. In 1983, he co-chaired the Wisconsin Governor’s Council on Lesbian and Gay Issues—the first such council in the nation. And in 2005, he joined the board of Fair Wisconsin to fight the constitutional amendment against marriage equality. His previous companion volume, We’ve Been Here All Along: Wisconsin’s Early Gay History, was published in 2019 and was awarded a gold medal in the Social Science/Political Science/Culture category by the Midwest Independent Publishers Association and the gold medal in the LGBT+ nonfiction category from the Independent Publishers Book Awards.