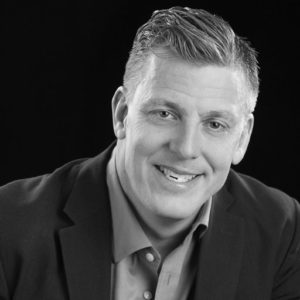 It all began when Rich's parents met while vacationing at a golf resort/dude ranch in Mississippi in 1958. Walking to the 18th green, his dad spotted a vivacious brunette and...

Let's fast-forward a bit to when Rich was born, the last of four kids (by a suspicious margin of time) to two mostly attentive parents in Elm Grove, Wisconsin. He graduated from the University of Wisconsin with a degree in journalism.

Rejecting the call to cover important events that shape people's lives and instead try to sell them products like hamburgers and cable TV, Rich embarked on a career in advertising. Over his more than 25 years in the industry, Rich has written hundreds of ad campaigns for major national and regional brands in cable television, tourism, sports, healthcare, automotive and more. His work has won countless awards, including dozens of ADDY's and two EMMY Awards.

In 2009, Rich wrote, directed and produced the feature-length documentary film, "The Distance: A Triathlete's Journey". Having not learned a thing while documenting the trials and tribulations of three ordinary people training to compete in an Ironman triathlon, Rich became an Ironman himself the same year.

When not staring at the walls trying to come up with an idea for his next big ad campaign or book, Rich can be heard on the airwaves and on podcasts commenting on Green Bay Packers football on "The PhilCast" with co-host Phil Cianciola.