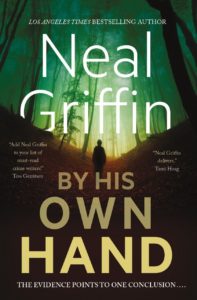 Writing the Dark and Dangerous World of Small Town Policing

The allure of the city is powerful, but remember: when a killer comes to small town America, the body is just as cold and the blood runs just as red.

Neal is a rabid fan of crime fiction, especially hard-boiled procedurals. Back in the 70’s he cut his literary teeth on Joe Wambaugh and Elmore Leonard.  These days his favorites include Mike Connelly, Don Winslow and Tami Hoag. All these writers set their tales in big cities like Los Angeles, New York City and Minneapolis. Understandable because that’s where the action is, right? But, most police departments in America are really quite small. In some ways, small town cops are the heart and soul of American law enforcement.

Small town cops are usually homegrown, patrolling the same streets where they once rode a Schwinn bicycle. They hold a personal connection with the community that can’t be taught in a police academy. These men and women stuck around and now protect and serve their own.

The allure of the city is hard to resist, but when a killer does come to small town America, the body is just as cold and the blood runs just as red.  Neal likes to take his readers on a ride along with a cop from the heartland. The towns may be small, but the cops can still come off as larger than life.