The Fox Cities Book Festival is committed to connecting writers to their readers, no matter the stage of career they’re in, but it’s always a special experience working with debut authors. We have fiction debut authors this year in a variety of subgenres. 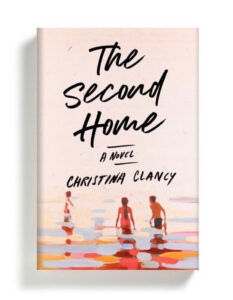 Christina Clancy’s debut novel, The Second Home, was named an “Indie Next” by the American Bookseller Association this past June. In The Second Home, three siblings must settle their parents’ estate, including a home that has been in the family for generations. It’s a hard enough task made harder by the fact that the siblings–Ann, Poppy, and their adopted brother Michael–are divided and estranged.  When the three gather, they must first settle what happened one summer long ago.

Clancy grew up in Milwaukee and now lives in Madison. She has a PhD in creative writing from UW-Milwaukee. Her second novel, Shoulder Season, is set to come out in 2021. 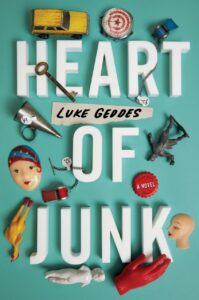 Kirkus Reviews calls Heart of Junk a “dark, entertaining comedy.” In it, a toddler pageant princess named Lindy goes missing but a collection of dealers at an antique mall are much too busy to take notice. Celebrity hosts from a famous antiques television show plan to film an episode at the antiques mall and–everyone hopes–save the mall from bankruptcy. What the dealers don’t realize yet, is that the mall is tied to the missing pageant toddler.

From Appleton himself, Geddes attended Jefferson Elementary, Wilson Middle School, and West High School. Geddes has a PhD in comparative literature and creative writing from the University of Cincinnati.

All the Right Mistakes follows five college friends who arrive at 40 at long last. Elizabeth and Sara are lawyers, Martha is a doctor, Carmen is a wealthy and well-educated homemaker, and Heather, the most successful, is a famous tech executive. Successful and middle-aged, it would seem they have it all figured out until Heather writes an advice book for women and freely uses her friends’ mistakes to detail the manuscript, causing each of the four women to wonder what their lives would have been like had they followed Heather’s advice. All the Right Mistakes was inspired when Laura Jamison saw the newest, hot-off-the-presses advice book, and wondered why the book was directed at women rather than the society that holds them back.

Jamison is an attorney from Whitefish Bay and graduated from the University of Michigan Law School. 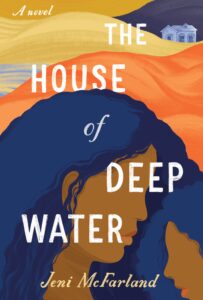 The House of Deep Water is set in River Bend, Michigan, a small town that three women–Linda, Paula, and Beth–couldn’t wait to escape. Something brings each of the three unwillingly back to River Bend just as a local scandal breaks out. Beth, a Black mother of two who had wanted to raise her kids elsewhere, must confront a devastating past.

McFarland has an M.F.A. from the University of Houston and lives in rural Michigan. 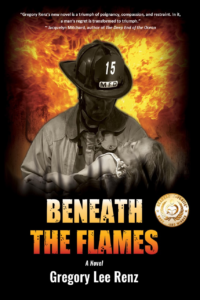 Beneath the Flames is a 2019 Readers’ Favorite International Book Award Gold Medal winner for fiction. Volunteer firefighter Mitch Garner can’t forgive himself for the tragedy that took place at a neighboring farmhouse. He leaves his home to try and prove himself as a professional firefighter in Milwaukee. Once he finds meaning in his new role, circumstances force him to choose between returning home and protecting the new people he cares for.

Renz is a Retired Hall of Fame Fire Captain. He lives in Lake Mills, WI and is currently writing a sequel.

Gregory Lee Renz is participating in the “Debut Author Panel” on Friday October 16, 2020 at 8 PM and leading a talk on Wednesday, October 14, 2020 at 12:30 PM called “My Journey from Fire Captain to Award Winning Author“. 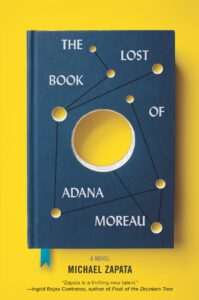 The Lost Book of Adana Moreau has already been named an AV Club Best Book of the Year, a BookPage Best Book of the Year, and a Boston Globe Most Anticipated Book of 2020. In 1929 New Orleans, a Dominican immigrant named Adana Moreau writes a science fiction novel. Adana falls ill and destroys the in-progress sequel just before death. In another time and place, a dying grandfather asks his grandson, Saul, to send a mysterious package that turns out to contain Adana’s sequel. In search of answers, Saul resolves to visit Adana’s son in New Orleans just on the cusp of Hurricane Katrina.

Michael Zapata has lived in New Orleans, Italy, and Ecuador, but now lives in Chicago. He graduated from the University of Iowa and is a founding editor of the award-willing MAKE Literary Magazine.