Imagine for a moment four bold, leading women: a teen improv actor in her #MeToo moment, a Royal Spy-in-Training who resurrects her best friend, a post-Civil War zombie slayer, and a queer commoner trapped by an invitation to a King’s Ball.

Each young woman determined to define her own path. Each challenged by a system built to deter women from reaching their goals.

You can learn more about these interesting characters, and the writers who created them, at our YA Novelists Panel on Saturday, October 17 at 11:30 AM.

Find out what it’s like to be a young adult author from Kalynn Bayron (Cinderella is Dead), Justina Ireland (Dread Nation and Deathless Divide), Nicole Kronzer (Unscripted), and Lori M. Lee (Forest of Souls). Each author will share about her work as well as her journey to becoming a young adult author.

There will be a Q&A at the end of the hour-long session. Questions will be selected from participants that register ahead of the event. 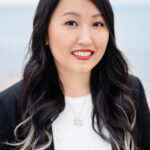 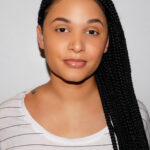 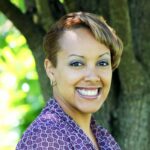 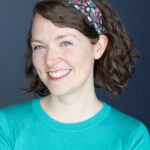 In addition to the YA Novelists Panel, Wisconsin native Nicole Kronzer will speak on her journey to publication which bears the same structure as a Harold.

A Harold, or Montage, is a core improv structure where actors invent a series of scenes with threads from the previous scene until the final scene calls back to the beginning.

Kronzer wrote her first work as a child in response to her disappointment in South Dakota’s famed Corn Palace. She continued to write as she grew, but shifted towards acting and improvisational theatre. Later, Kronzer took the opportunity to parlay her acting skills into teaching high school English in Minnesota. Her teaching duties included delivering her school’s guest authors to the airport. During their car talks, Kronzer found herself answering the question: “Do you write too?”

Her response? She wrote her first book.

Next, she followed up with Unscripted, the journey of a teen improvisor to a selective summer improv camp who finds herself face-to-face with toxic masculinity. Kronzer’s main character Zelda speaks with conviction about improv and the rich foundation of women in the craft.

Join us as we relive with Kranzer her stories of creativity and chaos on Thursday, October 15th at 4 PM.

A Reading by Justina Ireland

Justina Ireland is not only the bestselling author of Dread Nation and Deathless Divide, but also middle grade novels within the Star Wars universe, young adult fantasy novels, and a middle grade thriller.

Ireland is also a former co-editor in chief of FIYAH Literary Magazine of Black Speculative Fiction, for which she won a World Fantasy Award. She holds an MFA in Creative Writing from Hamline University.

You can join Justina Ireland for a reading and Q&A on Tuesday, October 13, 2020 at 3 PM. Participants that pre-register for the event will be able to submit questions to the author.

In addition to the YA Novelists Panel, Kalynn Bayron, author of Cinderella is Dead, will take part in the Women in Writing Panel on Thursday, October 15, 2020 at 8 PM. Along side Roselle Lim, Jeni McFarland, and Lora Hyler, Bayron will discuss the publishing industry and crafting characters.

Bayron has always been a writer: she wrote songs, poetry, short stories, and lots of fan fiction when she was young. She also read everything she could get her hands on. Bayorn hopes to give readers the opportunity to see themselves in her stories and believe they can be heroes too.

Though Bayron was born in Kansas and grew up in Anchorage, Alaska, she now lives in San Antonia, Texas.

Mackenzie Grondahl is a playwright and software developer in the Fox Cities. When she’s not working on her own scripts, she enjoys being a Beta reader for her Girl Scout troop’s books.