From romantic suspense, to historical fiction and non-fiction, to young-adult fantasy, to Wisconsin Latina Activism, the women of the 2019 The Fox Cities Book Festival bring a diversity of genres, backgrounds, and knowledge to their respective podiums. 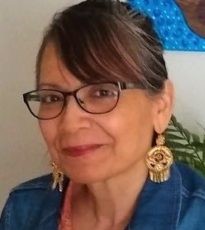 Eloisa Gómez is co-author of, Somos Latinas: Voices of Wisconsin Latina Activists which won a 2019 “IPPY” Gold Medal Award (Women’s Studies) and First Place (Social Justice Category) from the 2019 Next Generation Indie Awards. Eloisa is a public speaker on the book and enjoys writing poetry. Her poem, Charlie’s Coat, is included in the Bards against Hunger Chapbook – 2018 Wisconsin Edition (Local Gems Press, November, 2018). Eloisa was selected as a writer in residence in November 2018 by Write On Door County, a non-profit literary promotion organization in Fish Creek, Wisconsin.

She lives in Milwaukee, Wisconsin, is the former Director of U.W. Extension-Milwaukee County, and is Chair of Comité por el Voto Latino/Latinx Voter Outreach, a committee of the League of Women Voters of Milwaukee County. She continues to research Latina activism and receives poetry coaching from the Dr. Debra Vest of Vest Conservatory for Writers. 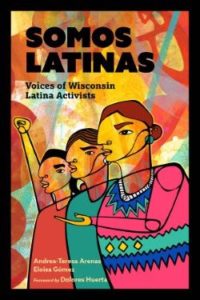 Gómez will be presenting Somos Latinas: Voices of Wisconsin Latina Activists, at the Appleton Public Library, on October 9th at 7:00pm to 8:00pm. In “Somos Latinas,” authors Andrea-Teresa Arenas and Eloisa Gómez share powerful narratives, drawn from the activist interviews they helped conduct as part of the Somos Latinas Digital History Project, housed at the Wisconsin Historical Society in Madison, Wisconsin. From outspoken demonstrators to collaborative community-builders to determined individuals working for change behind the scenes, “Somos Latinas” details the inspirational lives and their array of community-building actions. The book also includes the authors’ analysis and in-depth exploration of key themes like motivations, role models, and risk-taking. 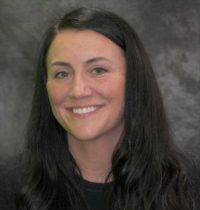 Christina Hagmann has been a Christmas wreath maker, a pine cone picker, a chainsaw certified member of the Wisconsin Conservation Corp, a teacher, a coach, and an author. Growing up in rural Wisconsin, climbing trees, swimming in creeks, and generally running amok, sparked Christina’s creativity at a young age.

She began reading Stephen King in 5th grade and was hooked. That year she wrote her first short story, and she’s been making up stories ever since. When not writing short stories and novels, Christina can be found spending time with her family, coaching, teaching English, and reading anything and everything. 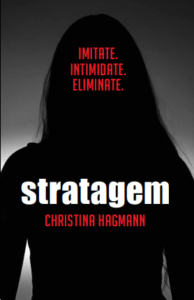 In her own words, “Through the pages of a book, you can travel the world, meet new people, and concur the unimaginable. You could be an international man of mystery or live your life out on a farm. The point is, reading and writing are dangerous, so dare to dream.”

Join Hagmann, and Learn to see the world as a writer, during her presentation on October 10th at 4:00pm to 5:00pm at the Neenah Public Library. Hagmann will tell the tale of her journey into reading and writing while sprinkling in stories of her unique upbringing. She will discuss the inspiration for her books and why she loves the well-written antagonist and also read a chapter from her book, followed by an opportunity for the audience to ask questions. Copies of Stratagem will be available for purchase. Please join us for an autographing session after the presentation. 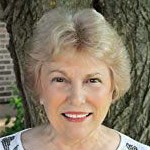 Beth Ann Ziarnik is an avid fan and author of romantic suspense. Her debut novel earned her the “Writer of the Year” award at the Write-to-Publish Conference in 2016 and the “Selah Award for First Novel” at the Blue Ridge Mountains Christian Writers Conference in 2017.

Before that, Beth authored more than 450 published articles and devotionals, two columns, and pieces in six anthologies such as Prayers and Promises Armed Forces and Writing So Heaven Will Be Different. She co-founded Word & Pen Christian Writers in Northeast Wisconsin and is also a long-time member of American Christian Fiction Writers.

Beth completed fiction writing courses with Writer’s Digest School and Christian Writers Institute (now under the American Christian Writers Assn. umbrella). She graduated from UW-O in 1969 and is an experienced teacher of high school English, speech, and journalism. 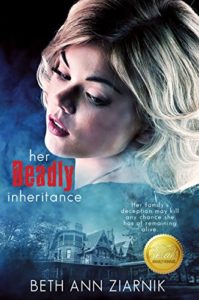 In addition to writing romantic suspense, Beth teaches a women’s weekly Bible study and speaks to women’s, writers and readers groups. She makes her home in Oshkosh, Wisconsin.

Come along with romantic suspense author Beth Ann Ziarnik as she shares tips, tricks, and plenty of anecdotes about the challenges and surprises of writing a novel series. In her presentation, The Dream Gathers Steam!, on October 7th from 10:00am to 11:00am at the Kimberly-Little Chute Public Library, Ziarnik addresses questions all the way from “Really? Did I sign up for this? What was I thinking?” to “Aw … I didn’t see that beautiful moment coming.” 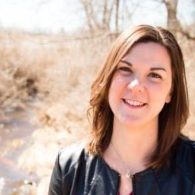 Carrie Sue Barnes grew up on the food of books. The youngest in a large family in the Upper Peninsula of Michigan, she was surrounded by women who loved reading. Once she fell in love with creative writing in the sixth grade, Carrie Sue badly wanted to write stories those beloved women would enjoy. Her debut novel, The Hidden Legacy, a dual-timeline story set in WWI France and modern-day Michigan, was released in 2018 by Bold Vision Books. It is a story of strength, sacrifice, faith, and the incomparable worth of love.

The book tells the story of a young American woman who departs for France, leaving behind her family and fiance, to serve as a nurse during World War I. Her unpredictable experiences and choices will reshape not only her, but the generations to come after her, as well. Your legacy is built one decision at a time. Forsaking the comforts of home at the height of World War I, Annie Walcott serves as a nurse at a French estate turned war hospital. In the face of daily hardships and losses, she shutters her heart against the emotional toll of her work. When Kyle, the brother of a patient, arrives at the hospital, his and Annie’s unforeseen connection threatens to dismantle her protective walls. New possibilities and former loyalties clash. Will Annie have the courage to become the woman of unrivaled strength and faith she longs to be? Can she embrace the sacrifices necessary to step forward in love? Eighty years later, in a tiny Midwest town where Annie has led a quiet, contented life, she finally confides her untold memories to her great-granddaughter Laurel. The heritage of secrets casts a startling new light on Laurel’s family, faith, and identity. In Annie’s final days, can Laurel allow truth to heal the past and fortify her for the future? 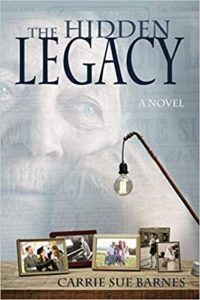 Join Barnes for her presentation, Tea & Legacies, at the Appleton Public Library on October 9th at 11:30am to 12:30pm. Grab a cup of tea and an enjoy an interactive discussion of the significance of every individual’s personal story. Carrie Sue’s debut novel The Hidden Legacy is driven by one woman’s urgent need to tell her untold story, and the need of another to hear it. Why do we seek the stories of those who came before us? Why will ours matter to others further along the road? In both fiction and real life, we are drawn to the legacy of personal stories. Come for a conversation on writing, reading, and embracing those stories. 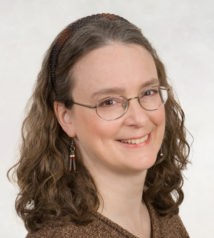 Kathleen’s published books fall into three main groups: American Girl mysteries and historical fiction for readers ages 8 and up; Chloe Ellefson mysteries for adults and mature teens; and American Civil War books for adults and young readers. In addition, she has written poetry, a young adult (YA) novel, and a two non-fiction history books.

Kathleen lives in Middleton, Wisconsin, with her husband Scott (AKA ‘Mr. Ernst’) and Eliza Jane the feline muse. She has called the Badger State home for nearly four decades. She grew up in Maryland, in a family that considered books as fundamental to life as food and water. She started writing as a child and never stopped. Today, she finds researching books as much fun as writing them, and loves hearing from and meeting readers most of all. 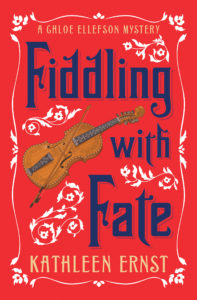 Kathleen earned a B.S. degree in Environmental Education from West Virginia University and a M.A. in History Education and Writing from Antioch University. She spent over a decade working as an educator and curator for the State Historical Society of Wisconsin, and another decade scripting and producing instructional television series for the Wisconsin Educational Communications Board/Wisconsin Public Television. These experiences helped provide the foundation for her current full-time job as a self-employed writer.

Join Kathleen for her presentation, Chloe Ellefson Historic Sites Mysteries at the Kaukauna Public Library on October 8th at 4:30pm to 5:30pm. Her lively, richly illustrated program takes readers behind the scenes to reveal the real-life experiences and historic places that inspired the ten books in Kathleen’s award-winning Wisconsin-based Chloe Ellefson series