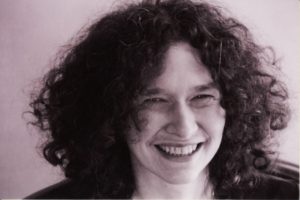 Catherine Kautsky, Chair of Keyboard at Lawrence University, has been lauded by the New York Times as, "a pianist who can play Mozart and Schubert as though their sentiments and habits of speech coincided exactly with hers." She was the 2016 winner of the Lawrence Excellence in Teaching Award, the 2013 winner of the university’s Faculty Convocation Award, and in 2017 she was honored with an endowed chair in music. Her recent recording of the Debussy Preludes was said to, bring out all the power, majesty, and mystery of Debussy’s conception. Ms. Kautsky has concertized widely, performing in major halls such as Alice Tully Hall and Carnegie Recital Hall, soloing with orchestras such as the St. Louis Symphony and Milwaukee Chamber Orchestra, and performing frequently on public radio and television. She has spent two sabbaticals in Paris, and has played and taught on six continents.
Ms. Kautsky holds a bachelor’s degree from the New England Conservatory, a master’s from the Juilliard School, and a doctorate from the State University of New York at Stony Brook.

Her book, Debussy’s Paris: Piano Portraits of the Belle Époque was published in 2017. Booklist called it, "a fascinating fusion of music, literature, and social history" and American Music Teacher lauds," the author’s brilliant mind."