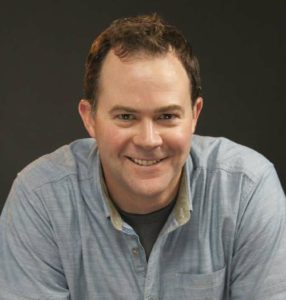 David McGlynn is the author of three books – One Day You'll Thank Me: Lessons From an Unexpected Fatherhood, A Door in the Ocean, and the 2008 story collection, The End of the Straight and Narrow, all published by Counterpoint Press.

David’s writing has appeared in Men’s Health, Real Simple, Parents, The New York Times, Swimmer, Best American Sports Writing, and numerous literary journals. Three of his essays have been named Distinguished Essays in the Best American Essays and Best American Non-Required Reading anthologies. He teaches at Lawrence University in Appleton, Wisconsin, where he lives with his wife and sons.

A lifelong swimmer, he captured a national championship in the 500-yard freestyle at the 2001 United States Masters National Championships. He now competes most regularly in open-water races. On most mornings, he’s the first one in the pool.