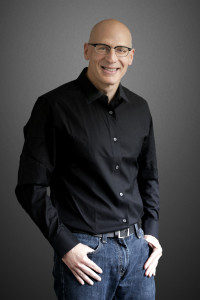 Welcome to the wonderful world of a regular guy who just happened to write 80-something books for kids and teens. Korman was born on October 23, 1963 in Montreal, Canada, and grew up mostly in the Toronto area.

His writing career began virtually by accident when he was in 7th grade. The track and field coach at his school had to teach English. For creative writing, he gave the students total freedom to work on whatever they wanted for the rest of the year. It was February. That added up to a class period per day for more than four months. The result was his first novel, This Can't Be Happening at Macdonald Hall.

Korman sent his manuscript to Scholastic because he was the class monitor for Scholastic Book Orders. This Can't Be Happening AT Macdonald Hall was published by Scholastic when he was a freshman in high school.

Korman has been writing for more than three-quarters of his life. His books have been translated into 32 languages and have sold over 30 million copies worldwide. He has a BFA degree from New York University with a major in Dramatic Writing and a minor in Film and TV.

Korman now lives on Long Island, outside New York City, with his wife and family. When he's not writing, you can usually find him driving one of his three kids to some practice or rehearsal or game. Either that, or he's on the road, appearing at schools, libraries, and bookstores, meeting his readers.