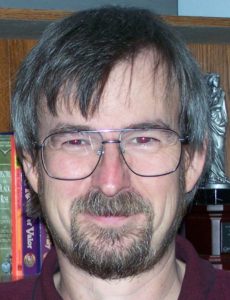 James Lowder’s publications include the bestselling, widely translated dark fantasy novels Prince of Lies and Knight of the Black Rose; short fiction for such anthologies as Shadows Over Baker Street and Tales of the Lost Citadel; game design for TSR, White Wolf, Chaosium, and Steve Jackson Games; as well as comic book scripts, film reviews, and critical essays about pop culture. On the other side of the publisher’s desk, he serves as executive editor for Chaosium’s fiction line. His past editorial credits include line editing for the Forgotten Realms, Ravenloft, and Pendragon novel series; RPG editing on 1st and 2nd edition D&D releases; and more than a dozen critically acclaimed anthologies, including Madness on the Orient Express, Hobby Games: The 100 Best, and The Munchkin Book. He is a regular contributor to the Milwaukee Public Radio show "Lake Effect." His work has received five Origins Awards and two ENnie Awards, and been a finalist for the International Horror Guild Award and the Stoker Award.