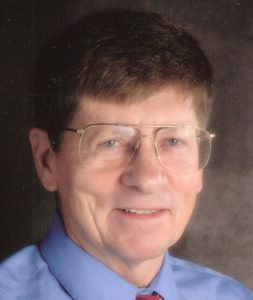 Larry Scheckel grew up on a family farm in the hill country of southwestern Wisconsin, one of nine children. He attended eight years in a one-room-country school, four years of high school, then off to the military for a spell, trained in electronics as a TV broadcast engineer, got married, attended college, and started a teaching career. That career stretched over thirty eight years teaching physics and aerospace science to over four thousand high school students in Tomah, Wisconsin.

Larry Scheckel has been named Tomah Teacher of the Year three times and was the Presidential Awardee at the state level for six years. He is the recipient of the Tandy Award, Kohl Award, Wisconsin Physics Teacher Award, Health Physics Society Award, Ron Gibbs Award, and Excellence in Science Teaching Award.

Larry is the author of, I’ve Always Wondered About That: 101 Questions and Answers About Science and Other Stuff, Seneca Seasons: A Farm Boy Remembers, Ask a Science Teacher: 250 Answers to Questions You've Always Had About How Everyday Stuff Really Works. He will be releasing his fourth book this year.

Larry likes to bicycle in the Driftless area of south central Wisconsin, jog on the back roads, fly a Cessna 150 over the verdant countryside, work crossword puzzles, read newspapers, historical books, and trade magazines, and fly radio-controlled planes.

Larry will be presenting his live Sensational Science Session show at all five Kaukauna Area School District elementary schools during the Book Festival.