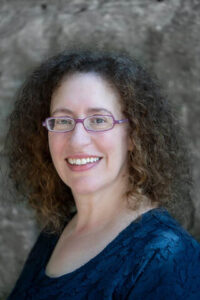 I was born in a suburb of Milwaukee, Wisconsin, into a family full of love, support, and very little grist for the dramatic mill. I knew from an early age that I wanted to be a writer, and decided that my best bet was to make stuff up. My first attempts at fiction included a tragic story about a blind Mexican orphan, and a tragic tale about a horse who dies, tragically, in a barn fire. By the time I got to college and enrolled in a few creative writing classes, I learned the adage, “write what you know,” and began churning out stories about the unhappy love lives of young, thin-skinned, near-sighted, sarcastic, curly haired girls. My first published short story, which appeared in a nationally distributed college magazine, used the structure of the game show Jeopardy! to trace the demise of a relationship. (I’ll take ‘the slow erosion of my self-esteem’ for $200, Alex.) I was pleased that I had finally created fiction out of my two favorite pastimes: tv-watching and borderline obsessive pining over unavailable men. After college I moved around a bit, living in Washington, DC and then for a while back in Madison, Wisconsin, bravely conducting field research for my stories about lonely women in their twenties who can’t find a date. In graduate school in Minneapolis, I took a brief detour from fiction and began writing about my family’s history and the Holocaust, which was fun. When I was twenty-six, I met a nice boy from Dublin who put an end to my anthropological studies of loneliness and heartbreak. Luckily, I had gathered enough material to last for a while. I now live in Milwaukee with my husband and two daughters.