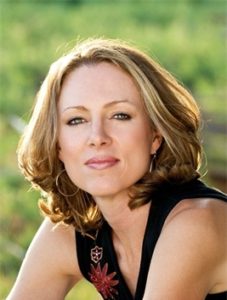 Originally from Ohio where her Amish thrillers are set, Linda Castillo knew from an early age that she wanted to be a writer--and penned her first novel at the age of thirteen. She's published thirty books for three New York publishing houses and won numerous industry awards, including a nomination by the International Thriller Writers for Best Hardcover, the Golden Heart, the Daphne du Maurier Award of Excellence, and a nomination for the prestigious Rita.

In her spare time, Linda enjoys trail riding, and dabbles in barrel racing. She resides in Texas with her husband, two rescued Blue Heelers, and two Appaloosa horses. She's currently at work on her next novel, a thriller set in Amish Country and featuring Chief of Police Kate Burkholder.