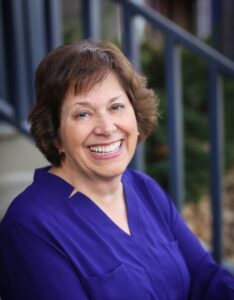 Raised one of eight siblings on a farm in Lodi, Wisconsin, Louise graduated from St. Norbert College in Psychology with minors in Mathematics and Education. She taught in the Waukesha and Wauwatosa school districts until the births of her two daughters. She later completed a Masters in Computer Science Education from Cardinal Stritch University as an adjunct instructor at Milwaukee Area Technical College. Her father, Alfred, was in his 80s before his family understood that beyond being a barber, chauffeur and translator in World War II, he also had served as a front-line machine gunner. After Louise's first five years of research into his experiences, her father was awarded the French Legion of Honor, and she thought she had arrived at a complete understanding of her father’s history. Three months later, he unexpectedly described seeing “dead bodies in water,” which launched her back into deeper research. She discovered a 1944 letter mailed from Lodi, Wisconsin, that had been forwarded at least nine times in search of her father in Europe, suggesting him being lost in the replacement system. In turn, that meant that her father could have fought in battles not associated with the 35th Division. Despite some historians believing the theory to be impossible, Louise was determined to uncover her father's true route through war. After nearly 20 years of research, interviews, and World War II archives, we finally know a more complete story of her father’s history and better understand his reluctance to speak of it. Louise lives with her husband, Kelly, in Cedarburg, Wisconsin, and has two grown daughters, Meg and Kate, who both live in Kansas City.