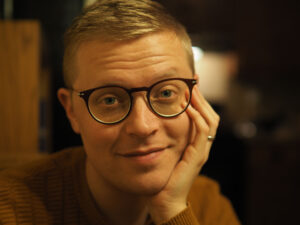 Luke Geddes grew up in Appleton, Wisconsin, and attended Jefferson Elementary, Wilson Middle, and West High schools. He holds a PhD in comparative literature and creative writing from the University of Cincinnati. He is the author of the novel Heart of Junk, released by Simon & Schuster in January 2020. It received starred reviews from Publishers Weekly and Booklist, as well as praise from authors including Chris Bachelder, J. Ryan Stradal, Jean Beagin, and Kevin Wilson. He now lives Cincinnati, Ohio.