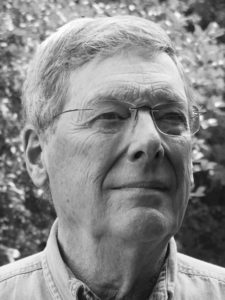 Michael Hittle received his B.A. degree from Brown University and his M.A. and Ph.D. degrees from Harvard University. His principal area of interest was the history of Russia. In 1979, Harvard University Press published his book, The Service City: State and Townsmen in Russia, 1600-1800.
A member of the history department at Lawrence University from 1966 to 2001, he taught the history of Russia, historical methods, and various introductory courses, and also participated in the college’s Freshman Studies program. Mr. Hittle served as Dean of the Faculty from 1980 to 1988.
A native of Indianapolis, Indiana, Mr. Hittle’s love of fishing emerged at an early age. His angling life has ranged from small Hoosier streams to Wisconsin lakes, from High Arctic waters to Bahamian saltwater flats, and beyond. In 1972 he and his wife, Marcia, purchased property on the Turtle-Flambeau Flowage and with the assistance of their two sons constructed the family cabin there.
Since retirement, Mr. Hittle has been actively involved, as a sportsman/conservationist, on the board of the Turtle-Flambeau Flowage and Trude Lake Property Owners’ Association and as a member of the editorial board of Driftwood, the association’s newsletter.