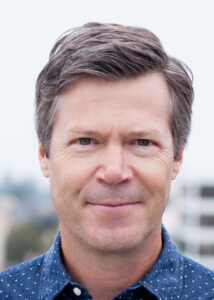 Prior to becoming an author, Mike Trigg was an executive, founder, and investor in various
technology start-up companies for over 25 years. Born in Kentucky and raised in Wisconsin, he
earned a BA from Northwestern University and an MBA from the University of California,
Berkeley. After several years working for a U.S. Senator in Washington, D.C., Mike began his career in the
technology industry, working for telecommunications giants MCI and 3Com. He was an early
employee of Octane Software, which was acquired by Epiphany during the first dot-com boom.
He went on to co-found a data analytics company called Truviso (acquired by Cisco), then
became VP of marketing at hi5, one of the world’s largest social networks. More recently, Mike
was Chief Marketing Officer and GM at Entelo, a recruiting software company, and Chief
Operating Officer at cloud file sharing vendor, Hightail (formerly YouSendIt), which was
acquired by OpenText. Mike was an entrepreneur-in-residence at AI Fund and SymphonyAI,
both AI-focused, early-stage venture funds, and an advisor at Shasta Ventures.
Mike has been a contributor to TechCrunch, Entrepreneur, and Fast Company. He lives in Menlo
Park, California, with his wife and two sons. Bit Flip is his first novel.