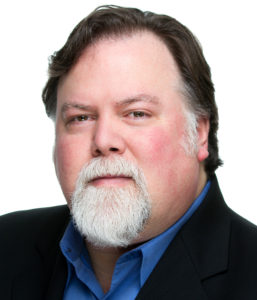 Ron Faiola got his start making movies with a 8mm film camera when he was in grade school. After high school, he enrolled in the film program at the University of Wisconsin–Milwaukee. His 1987 comedy short, Weiners represented UWM at the International Student Film Festival in Tel Aviv, Israel in 1988.

While still in film school, he was hired as a photographer and videographer for a Milwaukee law firm before starting his own production company, Push Button Gadget Inc. In 2009, he produced and directed Fish Fry Night Milwaukee, a documentary about the popular Wisconsin tradition. His follow-up, Wisconsin Supper Clubs: An Old Fashioned Experience (2011), has appeared on PBS stations nationwide and earned mentions in such newspapers as the New York Times, Chicago Tribune, Washington Post, and the Milwaukee Journal Sentinel.

In 2013, his first book, also titled Wisconsin Supper Clubs: An Old Fashioned Experience was published by Agate/Midway. In 2015, he released a third documentary for public television, Tilt-A-Whirls, Cowbells and Beer, a summer tour of church festivals in southeast Wisconsin. His latest book, Wisconsin Supper Clubs: Another Round was released on Agate/Midway in May of 2016. He's currently in post-production on a new fish fry documentary, titled We're Here for a Fish Fry!