Do you love thrillers? In the mood for some chills? Looking for an October-worthy read?  Make sure to prepare your favorite cocktail and join us for the “Dark Thrills and Sweet Chills Happy Hour” along with thriller writers Andrea Bartz, Jennifer Hillier, and E.A. Aymar.

Read on to learn more about these three writers, then pre-register for “Dark Thrills and Sweet Chills” on Wednesday, October 14 at 8:00 PM. 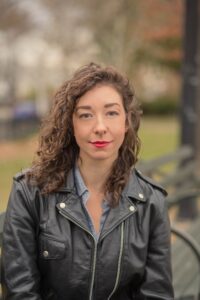 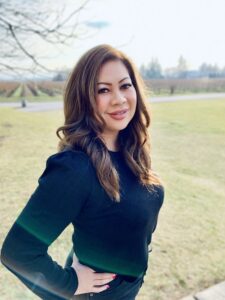 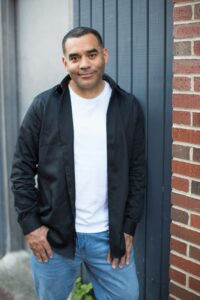 Andrea Bartz’s debut thriller, THE LOST NIGHT, was a Los Angeles Times bestseller and named a Best Book of 2019 by Glamour, Real Simple, Marie Claire, and Buzzfeed, some of the very magazines that she also writes for as a freelance journalist. It has been optioned by Cartel Entertainment for development as a limited series, with Mila Kunis’ Orchard Farm set to produce.

Her newest book, THE HERD, was one of the most anticipated releases last spring and has since captured a prized spot on many Best Books of 2020 lists. In it, Bartz maintains her reign as a “master of the feminist thriller” by taking on issues such as sexism, female friendships, social media, toxic workplaces, and career feminism.

When an exclusive New York women’s workspace is rocked by the mysterious disappearance of its enigmatic founder, two sisters must uncover the haunting truth before they lose their friendships, their careers—maybe even their lives.

In their review, OprahMag.com called The Herd, “a biting satire of a women’s workspace like The Wing, and the darkness that may lurk behind that perfectly coiffed sitting room.” Known for her complex characters, modern settings, and fast-paced suspense, Bartz’s newest release delivers a thrilling whodunit wrapped in the glamorous veneer of female ambition.

Jennifer Hillier has written six psychological thrillers including JAR OF HEARTS, which won a 2019 Thriller Award from the International Thrillers Writers, was shortlisted for the Anthony and Macavity Awards, and has been optioned by Atmosphere Entertainment. A “rising star” in the thriller world, her latest thriller, LITTLE SECRETS, was released in spring and was a top seasonal pick for USA Today, Amazon, CrimeReads, and more. Like many of her stories, Little Secrets centers on a mother and features a crime that exposes secrets within her family.

A mother driven to the edge by the disappearance of her son learns her husband is having an affair with the woman who might have kidnapped him.

Jennifer is married to a NE Wisconsin local and, in previous years, has enjoyed the opportunity to visit family during FCBF.

Anthony Award-nominated E.A. Aymar’s most recent thriller, THE UNREPENTENT, was published in 2019 and was a #1 Amazon bestseller in Noir Crime as well as a finalist for the Next Gen Indie Award. His next thriller, THEY’RE GONE, will be published in November under his pseudonym E.A. Barres. Known for the balance of his gritty violence and brutal complexities with deeply emotional and compassionate characters and stories, They’re Gone, is sure to be a “vicarious smackdown.”

Two men from vastly different backgrounds are murdered one after another on the same night, in the same fashion with two bullet wounds: one in the head, another in the heart. The two slayings sends their wives on a desperate search for answers–and a desperate attempt to save their families’ lives.

You can meet Andrea Bartz at The 2020 Fox Cities Book Festival on Monday, October 12, 2020 at 3:00 PM. Her solo event “Crafting a Feminist Thriller” will also be streamed to our Facebook page.

Additionally, catch all three writers for their panel “Dark Thrills and Sweet Chills” on Wednesday, October 14 at 8:00 PM.

You can purchase books by from the authors via our affiliate partner Bookshop.com which supports FCBF and independent bookstores.

Kristine Campbell has spent her entire career as a storyteller—before she began writing young adult thriller books, Kristine spent 15+ years as a brand builder and marketer where she shaped, launched, and managed a diverse range of world-class brands. You can follow her writing journey on Instagram or Twitter @Type_YA_Writer.