Friday the 13th – the infamous date that comes but three times a year and accelerates the pulse of many a book-lover’s psyche. Add to it a full harvest moon, and the iconic, macabre day is primed to inspire the horror-flic loving teen, the thrill-seeking ghost-hunter, or the true crime fanatic in all of us.

This year’s Fox Cities Book Festival promises to deliver something to all aspects of our literary shadow selves. An impressive line-up of authors presents the darker side of the Fox cities – from the historical to the supernatural. 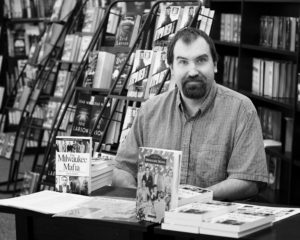 Gavin Schmitt: encyclopedic resource personified, of all-things Wisconsin true crime history. His idiosyncratic prose, and offbeat style exemplify not only the uniqueness of the specific genre of local crime lore, but also pervade all his subjects and material. Schmitt’s public works run the gamut of the anthropologically quirky to the historically profound. His website is an archive of topics reflecting the multidimensional world of his notions and ideas: from musings on metaphysics of being, to commentaries on the complexities and imprecision of language, to relevant and impassioned letters to politicians and corporations, to film reviews (mostly of the dark and horror genres) to his magnum opus: his literary explorations of Wisconsin’s true crime history.

A lifelong Fox Cities resident, Wisconsin-enthusiast, and history buff, Schmitt is a Fox Cities Book Festival Veteran. He has presented for six straight years, and running. At the 2018 festival, he held a book signing at Lyons Fine Books, and also presented, “Madison, America’s Deadliest City,” at the Kaukauna Public Library, where he works as the local historian. Schmitt told the festival in 2018, “[What] could a book-lover want more than to surround themselves with books and help other people discover their love of reading and learning?”

Complementing the spotlight Schmitt’s shines upon the literary stage of Wisconsin’s true crime history, he has sat on the board of directors for the Neenah Historical Society and has written on historical topics involving Kaukauna, Neenah, the Menominee tribe, and beyond. 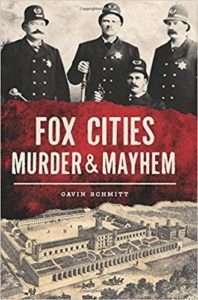 With books including Milwaukee Mafia and Shallow Grave, Schmitt has brought long-classified documents into public view. On his own craft, Schmitt has a simple message. “Writing a book is very much in line with the old iceberg cliché. What the reader sees is just the smallest tip. For me, as with most writers, the other 90% or more is the endless research.”

On Saturday, October 12, 2019, from 9 AM to 10 AM, Schmitt will present “Dark History Lives!” at the Kaukauna Public Library. He will discuss his book, Murder and Mayhem: Fox Cities. In it, he reveals the Valley’s history of murderous fiends, small town brothels, and other unsavory morsels. Schmitt will talk about these stories, others yet to be written, and the research process. 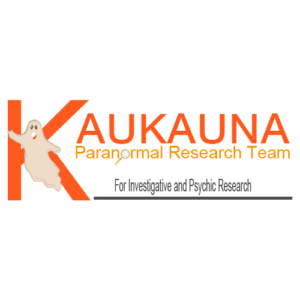 For the Kaukauna Paranormal Research Team and its founder, Josh Vande Wettering, Friday the 13th is just another day at the office.

“We take a scientific approach to all investigations. Any evidence that we gather must be based on facts and not opinions…We will not accept evidence that could be debunked. If we cannot debunk a piece of evidence, then and only then will we declare it to be paranormal.” 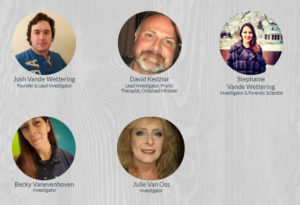 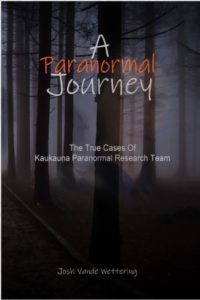 Vande Wettering has been investigating and researching the paranormal and psychic phenomenon since September of 2009. He has taken cases of paranormal activity throughout Wisconsin, and across the nation. His book, A Paranormal Journey: The True Cases of the Kaukauna Paranormal Research Team, discusses Vande Wettering’s personal backstory in becoming involved in the field of the paranormal, the history of KPRT, and some of the most prominent and challenging cases that he and the KPRT have faced. 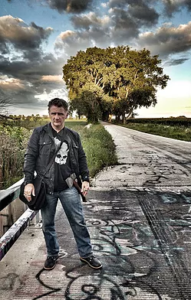 Chad Lewis is a paranormal researcher and author for Unexplained Research.  He holds a Master’s of Science degree in Applied Psychology from the University of Wisconsin-Stout and has trekked across the world in search of the paranormal.  From tracking vampires in Transylvania and chasing the Chupacabras in Puerto Rico, to searching for the elusive monster in Loch Ness, and pursuing ghosts in Ireland’s castles, Lewis brings two decades of research experience to his presentations.

Lewis has been featured in hundreds of radio interviews, TV appearances – including William Shatner’s “Weird or What” (2010 – 2012) – and newspaper articles. He is also the co-author of the Road Guide to Haunted Locations book series. Lewis’ presentations cover a wide array of strange history. From hauntings, to strange creatures (vampires, and Bigfoot, and werewolves, Oh My!), to UFOs and to crop formations, if it’s supernatural, Lewis has seen it, or searched for it. 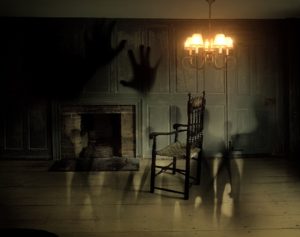 Between now and Halloween, Lewis will be giving nearly 50 presentations across the Midwest in Iowa, Minnesota, Wisconsin, and Illinois. On Monday, October 7 from 6:30 PM to 7:30 PM Lewis will be presenting at the Kimberly-Little Chute Public Library. His Fox Cities Book Festival event, “Bizarre History of Wisconsin by Chad Lewis,” showcases over 100 bizarre newspaper stories from Wisconsin that have not been seen in over 100 years. These unbelievable stories were not lost, they were simply hidden. For an alternative, paranormal perspective on the good ol’ days of Wisconsin, Lewis’ program provides a time portal back to the early days of the state when it was filled with strange deaths, ghosts, sea serpents, peculiar people, medical anomalies, oddities, psychic phenomena, and UFOs. 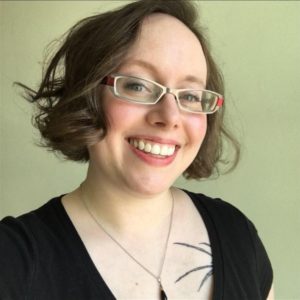 Sarah Read is a dark fiction author, editor, and librarian living in the frozen north of Wisconsin with her husband, two sons, a cat, and thousands of spiders. Her novel The Bone Weaver’s Orchard was released from Trepidatio Publishing in early 2019. Her short stories can be found in Gamut, Black Static, and other places, and in various anthologies including Exigencies, Suspended in Dusk, BEHOLD! Oddities Curiosities and Undefinable Wonders, and The Best Horror of the Year vol 10. Her debut collection Out of Water will be released this upcoming November 1st.

She is the Editor-in-Chief of Pantheon Magazine and of their associated anthologies, including Gorgon: Stories of Emergence. She is an active member of the Horror Writers Association. When she’s not staring into the abyss, she knits. 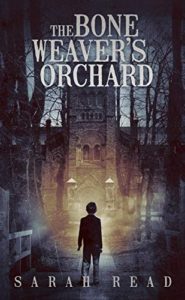 On her genre, Read told the festival in 2018, “…emotionally, I think horror serves an essential purpose. We can’t learn to cope with feelings we never experience. We need to build the neural pathways that help us function under stress. Ideally, we should do that in a safe environment—like curled up in our favorite chair with a cup of tea and a terrifying book…We know that reading increases a person’s ability to be sympathetic and empathetic, and horror is, as Joe Hill puts it, “rooted in sympathy”. All the anxiety we experience when reading dark fiction, horror, and thrillers is centered around the fact that we want very much for the character to be okay. We want them to be safe or get what they need. But we can’t do anything to help. All we can do is turn the page.” 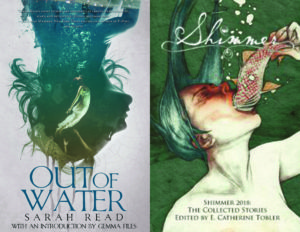 Read will be presenting at this year’s book festival twice. Her presentation, Crafting Characters will be held at Kaukauna Public Library on Saturday, October 12, from 10:30 AM to 11:30 PM. Read will speak on how to develop realistic, compelling characters: the beating hearts of a story. She’ll talk on how to add character development through dialogue, action, and description so that characters jump right off the page and pull readers into the story. Following Crafting Characters, at noon, Read will also be part of a panel discussion at the same location. In The Art of Anxiety, Read, alongside authors Kathrin Köhler, and David Rank, will delve into how writers manipulate our emotions to keep the pages turning. Whether it’s a thriller, mystery, romance, or literary fiction, a good book keeps you turning the pages. Participants will learn what tools writers use (and how they use them) to move emotions, create anxiety, and make the reader need to know what happens next. 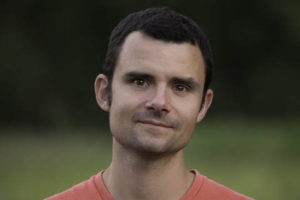 B.J. Hollars is the author of several books, most recently Midwestern Strange: Hunting Monsters, Martians and the Weird in Flyover Country, The Road South: Personal Stories of the Freedom Riders,  Flock Together: A Love Affair With Extinct Birds, From the Mouths of Dogs: What Our Pets Teach Us About Life, Death, and Being Human, as well as a collection of essays, This Is Only A Test.  Additionally, he has also written Thirteen Loops: Race, Violence and the Last Lynching in America, Opening the Doors: The Desegregation of the University of Alabama and the Fight for Civil Rights in Tuscaloosa, Dispatches from the Drownings, and Sightings. Hollars is the recipient of the Truman Capote Prize for Literary Nonfiction, the Anne B. and James B. McMillan Prize, the Council of Wisconsin Writers’ Blei-Derleth Award, and the Society of Midland Authors Award.

He is the founder and executive director of the Chippewa Valley Writers Guild and an associate professor of English at the University of Wisconsin-Eau Claire. He lives a simple existence with his wife, their children, and their dog.

Hollars is no stranger to the strange. He spent a year, making it his mission to seek out the mysteries of the Midwest. Searching for kernels of truth to help explain the otherwise not-explainable, Hollars found more than just yarns and urban legends as he traveled across flyover country.

On writing Midwestern Strange Hollars states, “It’s easier not to believe in the things you cannot see. To explain away every strange occurrence as something a little less strange…What is it about the unknown that proves so tantalizing? What happens when we hit the road, crack the books, and listen to people whose voices are often muted?” 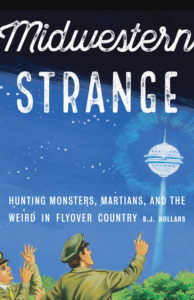 Midwestern Strange chronicles B.J. Hollars’s exploration, (as he got to know those with often-muted voices), of the mythic, lesser-known oddities of the Midwest. The mysteries, ranging from bipedal wolf sightings to run-ins with pancake-flipping space aliens to a lumberjack-inspired Hodag hoax, make this book a little bit X-Files, a little bit Ghostbusters, and a whole lot of Sherlock Holmes. Hollars’s quest is not to confirm or debunk these mysteries but rather to seek out these unexplained phenomena to understand how they complicate our worldview and to discover what truths might be gleaned by reexamining the facts in our “post-truth” era.