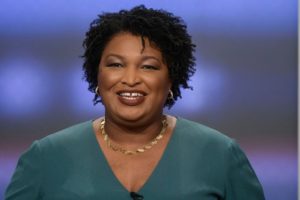 Stacey Yvonne Abrams was born December 9, 1973 in Madison, Wisconsin. She grew up in Gulfport, Mississippi, with her five siblings. She eventually moved with her family to Atlanta Georgia where she would one day become the first black woman nominated as a gubernatorial candidate for a major party in the United States.
In addition to a nationwide political presence, Abrams has an extensive resume as a fiction author, memoirist, speechwriter, non-profit CEO, entrepreneur, and lawyer. Her literary and political careers date back to her high school days, when she hired as a typist for a congressional campaign. Her keen eye for detail and writing talent landed her a position as a campaign speechwriter.

While Abrams became a household name during her run for Georgia governor in 2018, her fiction writing career flew largely under the radar. Abrams published her award-winning, romantic suspense novels, written under the pen name, Selena Montgomery, selling more than 100,000 copies. Montgomery won both the Reviewer’s Choice Award and the Reader’s Favorite Award from “Romance In Color” for Best New Author. 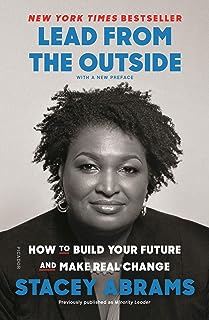 Throughout both her literary and political career, Abrams has also published articles on public policy, taxation, and nonprofit organizations.