From courtships to cliffhangers, romance to riddles, the 2019 Fox Cities Book Festival takes an in-depth look into two genres that have, for generations, stood the test of time.

The Power of the Romance Genre

Wisconsin is a state known for its beloved Packers, iconic dairy farms, and harsh winter landscapes. But there’s a softer (and warmer) side to the Badger state. The Fox Cities Book Festival showcases four Wisconsin Chapter of the Romance Writers of America (WisRWA)-published authors to represent it. 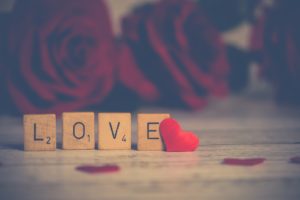 Join Jennifer Trethewey, Kayla Bain-Vrba, Virginia McCullough, and Melonie Johnson for a “heated” panel discussion, The Power of the Romance Genre, on Saturday, October 12th from 1:00pm to 2:00pm at the Neenah Public Library.

No longer seen as just a guilty pleasure, the romance genre provides an escape to the happily-ever-after. The Power of the Romance Genre panel will discuss the genre’s impact on the publishing market, and its role in the women’s movement. Join us for a revelatory and lively conversation. 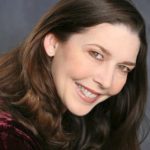 is the pen name for Jennifer Rupp. Her Highlanders of Balforss series features brawny Scots, sweeping romance, and non-stop adventure laced with a liberal dose of humor. Her foundation for storytelling is grounded in her long career in theater as co-founder and former co-artistic director of Renaissance Theaterworks, one of the most successful and longest running women’s theater companies in America. As an actor-turned-writer, she has moved her performances from the stage to the page and invites you to enjoy the drama of the Scottish Highlands. She lives in Wisconsin with her husband, Richard Chudnow, where they operate ComedySportz Milwaukee, a family friendly improv comedy show located in 30 cities and 3 countries. 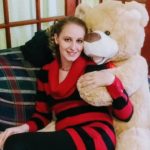 Kayla Bain-Vrba is the author of more than twenty romantic stories. Her first was released the year after she graduated high school, and she met her other half shortly after—making it a pretty good year for someone who was just winging it. She strives to write stories where the characters fall in love with themselves before falling in love with their soulmates.

Kayla lives in a small town in Northeastern Wisconsin with her other half and their fur baby, a pit bull named Molly. When she’s not writing, Kayla enjoys spending time with her family, crafting, and planning things to a tee. She is also a lover of sour candy. 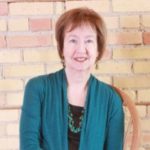 Virginia McCullough has enjoyed a long career as a nonfiction ghostwriter, editor, and writing coach, and more recently has focused on her fiction. A Family for Jason is the first book of her new series, Back to Bluestone River, for Harlequin’s Heartwarming line. Book two, A Christmas Kiss, is due for release in December.

Raised in Chicago, Virginia has lived in many locations from Maine to the U.S.V.I. She’s an experienced speaker and workshop presenter and likes nothing more than hanging out with other writers. She belongs to the Women’s Fiction Writers Association (WFWA), the Authors Guild, and is past president of Wisconsin Romance Writers of America (WisRWA) and a member of several affiliate RWA chapters. She lives in Green Bay. 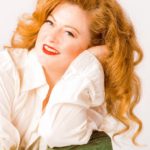 Award-winning author Melonie Johnson —aka #thewritinglush—is a two-time RWA Golden Heart® finalist who loves dark coffee, cheap wine, and expensive beer. A Star Wars fan and Shakespeare groupie who quotes both Yoda and the Bard with equal aplomb, she met her future husband in that most romantic of places—the mall—when they were teenagers working in stores across the hall from each other. Today, they live happily ever after in the magical land midway between Chicago and Milwaukee with their two redhead daughters, a dog that’s more like a small horse, and a pair of hermit crabs. After earning her Bachelor of Arts magna cum laude from Loyola University Chicago, Melonie taught high school English and Theatre in the northern Chicago suburbs for several years. Now she writes smart and funny contemporary romance and moonlights as an audiobook narrator under the pseudonym, Evelyn Eibhlin. Declared a “writer to watch” by Kirkus and a “fizzy, engrossing new voice” by Entertainment Weekly, her debut series from St. Martin’s Press, Sometimes in Love, has appeared on the Amazon Best Books of the month, and was featured in Cosmopolitan and Woman’s World. Melonie is represented by Pamela Harty of the Knight Agency. 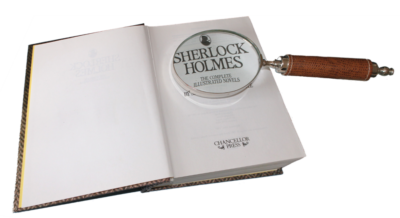 Who doesn’t love a “whodunit?” From Sherlock Holmes, to Nancy Drew, to Lisbeth Salander, mystery-solvers and sleuths have been delighting and uniting readers across the globe, for centuries.

Two authors responsible for creating such stories and characters – with ties to our own backyard – join the Fox Cities Book Festival’s line-up. Join Jennifer Hillier and Hank Phillippi Ryan’s Discussion with Mystery Authors, on Saturday, October 12th from 12:00pm to 1:00pm at the Gerard H. Van Hoof Memorial Library in Little Chute. 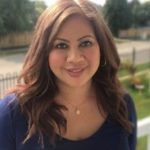 Jennifer Hillier writes about dark, twisted people who do dark, twisted things. She was in born in Toronto, Canada, but spent eight years in the Seattle area, which is where all her novels are set. She’s a Seahawks fan but she married a Packers guy from Green Bay, Wisconsin, which keeps football season — and their marriage — interesting. They live in the Toronto area with their young son. Her newest psychological thriller, Jar of Hearts, is now available from Minotaur Books. It’s been shortlisted for the International Thriller Writers Award and the Anthony Award, and has been optioned for film by Atmosphere Entertainment. Her next thriller, Little Secrets, is coming in April 2020. 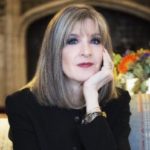 Hank Phillippi Ryan is the on-air investigative reporter for Boston’s WHDH-TV. She’s won 36 EMMYs and dozens more journalism honors. The nationally bestselling author of 11 mysteries, Ryan’s also an award-winner in her second profession—with five Agathas, three Anthonys, two Macavitys, the Daphne, and for The Other Woman, the coveted Mary Higgins Clark Award. Critics call her “a master of suspense” and “a superb and gifted storyteller” and she is the only author to have won the Agatha in four different categories: Best First, Best Novel, Best Short Story and Best Non-Fiction. Her novels have been named Library Journal’s Best of 2014, 2015 and 2016. Her highly-acclaimed first standalone psychological suspense, Trust Me, is an Agatha Nominee and was also named a Best Thriller by New York Post, BOOK BUB, Real Simple Magazine, CrimeReads and Criminal Element. Hank’s newest book is The Murder List. NYT bestseller Liv Constantine calls it “an exhilarating thrill ride,” A.J. Finn says, “exciting, explosive, relentless,” B.A. Paris says it’s “her best yet,” and Library Journal starred review says, “Masterly plotted—with a twisted ending—a riveting, character-driven story.”